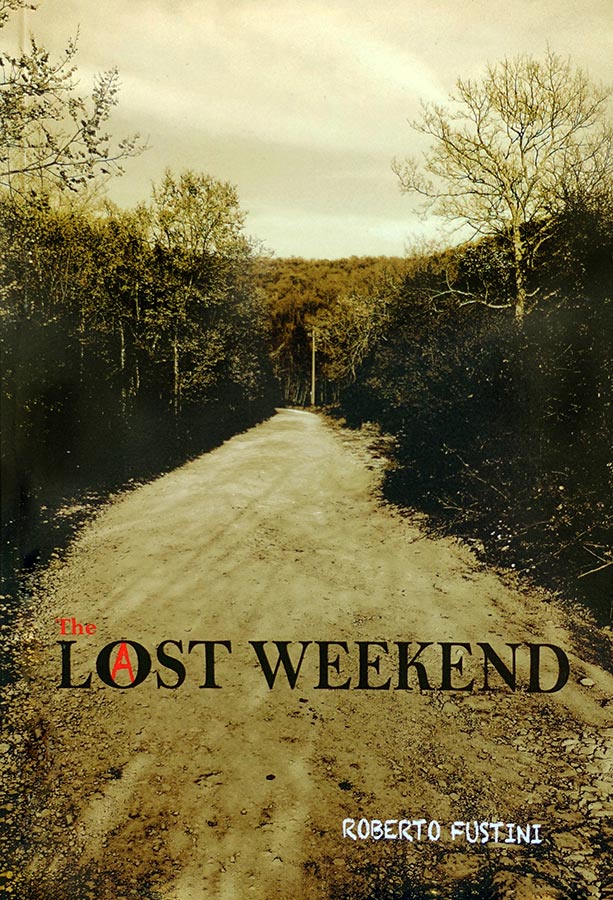 A weekend out of town should mean peace and lightheartedness, but it can also lead into unchartered situations, from the odd to the life-threatening, treading a thin line between bucolic charm and sheer madness.

Pedro and Yuri are trying to find peace once more, or perhaps to rediscover themselves, but right from the start they have to cope with people who approach them in an ambiguous way, to say the least.

Little by little, and against their will, they are drawn into a surreal scenery, pitting them against the harshest trials they could ever have imagined.

LOST WEEKEND in translation: English version ready and waiting for a publishing partner

The nymph moved the muscles of her throat, her carotid and jaw. She was warming up, preparing for her performance. The music seemed to huddle together at her feet before rising slowly, settling in the foreseen pattern. It rose up, gripping her frame, it swelled like the start of a symphony, and thus perfected the space in which her song would come to life.

A splendid voice, dense and crystalline, began to pour forth. Not a single word of her song was comprehensible. It was an unknown language, one never heard before. Guttural and liquid at times, dry in the imposing declamation of an emotion at its peak.

The two friends were all a shiver, as the magical voice captured them completely. They felt their hair stand on end and a few burning tears pour forth from their eyes, coming to an uncertain halt. Wetting their eyelids.

It was the expression of a goddess. The tones intertwined and panned out in such a perfect manner. Her head seemed to break off and quiver, suspended above a larynx with a life of its own. It was free to move and dance. The whole body enjoyed this freedom, and the single parts together gave rise to an incredible aggregating force.

Her hair, wet and shiny, stretched out backwards, while her body from her waist upwards vibrated vivaciously. Each of her limbs trembled, exalting and celebrating its independence. The single parts of the body orbited in their own universes, endowing their respective rotations with entirely peculiar influences.

And so, like in a surrealist painting, within a delirious reality created by Salvador Dalì, there was a strong sense of decomposition, the static explosion of the single parts, the fluctuation of details in an all-encompassing bubble. The voice was drawing on the force of a fragmented, sectioned body, of which each portion was a different planet, making up a single universe.

Her larynx was warm, launching into its interpretation, and thereby solemnly declaring its supremacy. It exploded in the wonder of that voice, multiplying the shivers running over their skin.

The Naiad appeared like a porous rock, the channels of which – until shortly before flooded by the waves of the sea – were now drying in the breeze. That rock accepted the wind, letting the air breathe into the openings, outright tunnels, creating continuous and contrasting vortices all around the nymph. The descending and rising currents encountered one another, exploding in hurricanes that joined into one on her chest. It was inevitable for her diaphragm to start beating like a drum, and that her rib cage finally exploded. The eruption came in high yet calm notes. Solid.

One note higher and then yet another even higher. The rise seemed endless. Like a piece of elastic being stretched, getting longer. As it dilated, its extension multiplied. The point of contact offered a solid surface of resistance, while the origin of the traction pressed against the tension. The vivid and vibrant note climbed up the stairway of the voices and shot into the air, taking with it a glistening rain of sounds and emotions.

We use cookies to ensure that we give you the best experience on our website. If you continue to use this site we will assume that you are happy with it.